Solidarity is what makes the movement go on

18 Nov Solidarity is what makes the movement go on

Posted at 05:52h in Blog, Featured by Coconet News 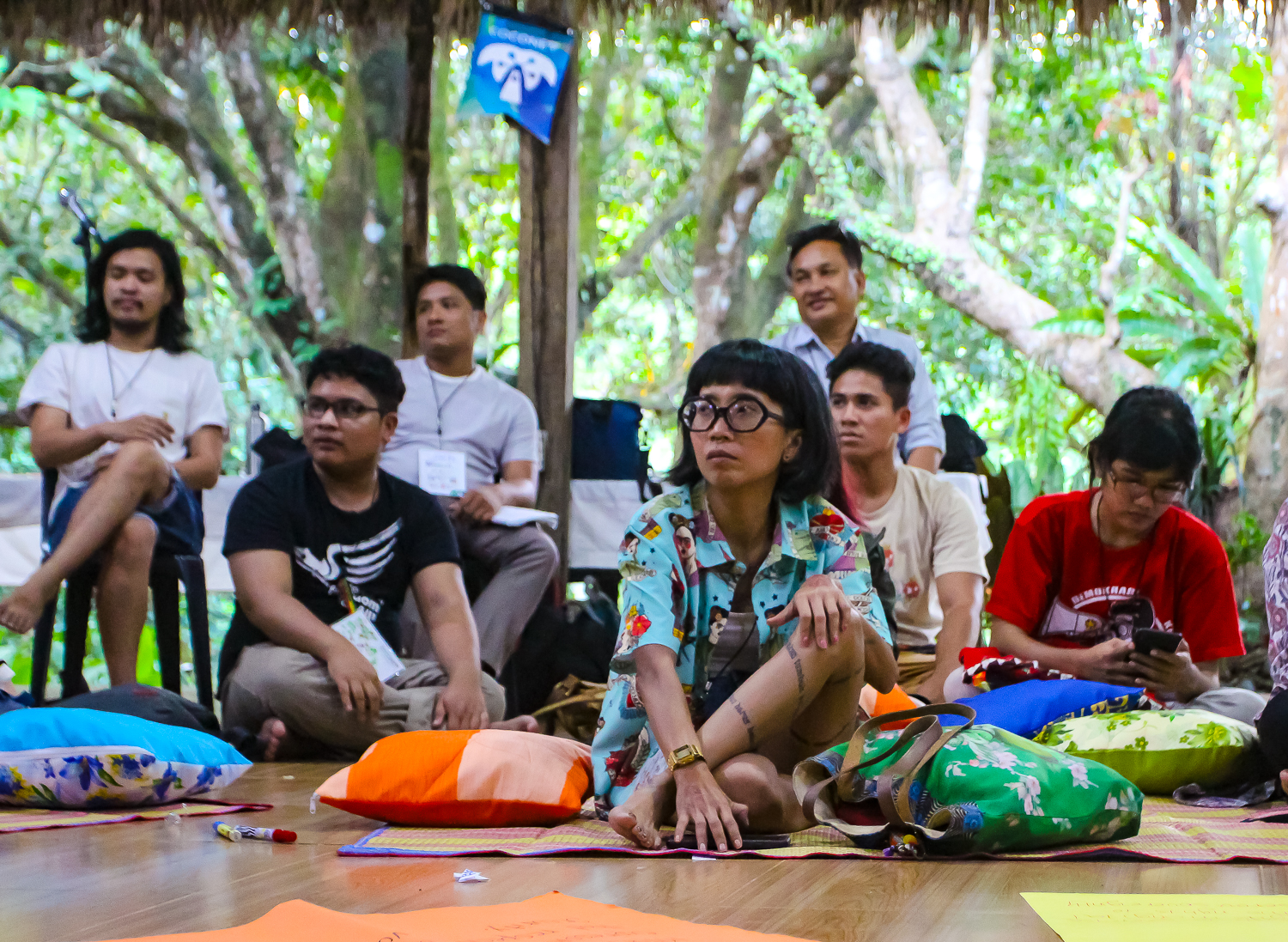 Indonesian activist Dhyta Caturani told her story about the recent student protests in Indonesia during the recently concluded Coconet II in the Philippines.

Here is her speech:

I know many of you here. We have met in spaces like this many many times. But most of those who know me don’t know that this year, 2019, marks 20 years of me being shot to a comatose state in 1999. I was beaten up and shot by the police during a protest. I was in a coma for 4 days. And I suffered from a brain injury for years.

But I am still in the movement till today and was still on the street just two weeks ago. Because we had one people’s uprising recently.

No, I am here not because I’m a brave person. I am not brave. I am afraid if I have to face the police or the military.

I’m here not because I am brave, but because I am an angry person. I have this anger inside me. I am always angry when I see anything wrong around me. That’s what makes me stay in the movement.

I have been in the movement for more than 25 years.

Every one of us has a different reason they are in the movement or become an activist. I know that there is one thing that makes the movement keep going. I want to tell you a story about the people’s uprising that is happening in Indonesia.

Many of my friends are here. They were also the organisers of many protests that happened in Jakarta, Yogyakarta, and many other cities in Indonesia.

After Soeharto, the dictator fell in 1998 by a people’s uprising, the movement basically died down. After that, it was only the workers who could mobilise a lot of people, not the students, or the activists. But recently, a lot of bad things happened that was done by our government. That forced people to come out on the street again.

What is different this time was that the high school students also came on the streets.

Activists like us, like the people here, and the university students, and a lot of other people were on the streets. But that’s very normal. Those are always the actors when you talk about any movement.

We had a protest on the 24th of September. The protest started at 1 pm. And the police started to charge teargas around 4 pm. But we stayed, and we fought back.

A lot of victims fell on the ground. Some fell because of the teargas and a number of others were seen with bleeding heads and bleeding faces.

We were still on the ground at around 7 pm when the high school students came — still wearing their uniforms.

They were shouting, “Brothers and sisters, we are sorry that we were late. Because we had to go to school first. But we are here now. It’s our turn now. You can retreat and we can move forward.” That’s what the high school students said.

So it was big in the media the next day. The media and other people said that they (the high school students) don’t know anything about the protest, the issues. But it doesn’t matter. It does not matter whether they knew about all the laws we were protesting against. What matters is that they know something is wrong.

Brothers and sisters, we are sorry that we were late because of school. But we are here now.

Because the police did a lot of bad things to the protesters, and they could not take it anymore. They did not want their fellow Indonesian brothers and sisters beaten up, teargassed. That’s why they had come down on the streets and fought with us. 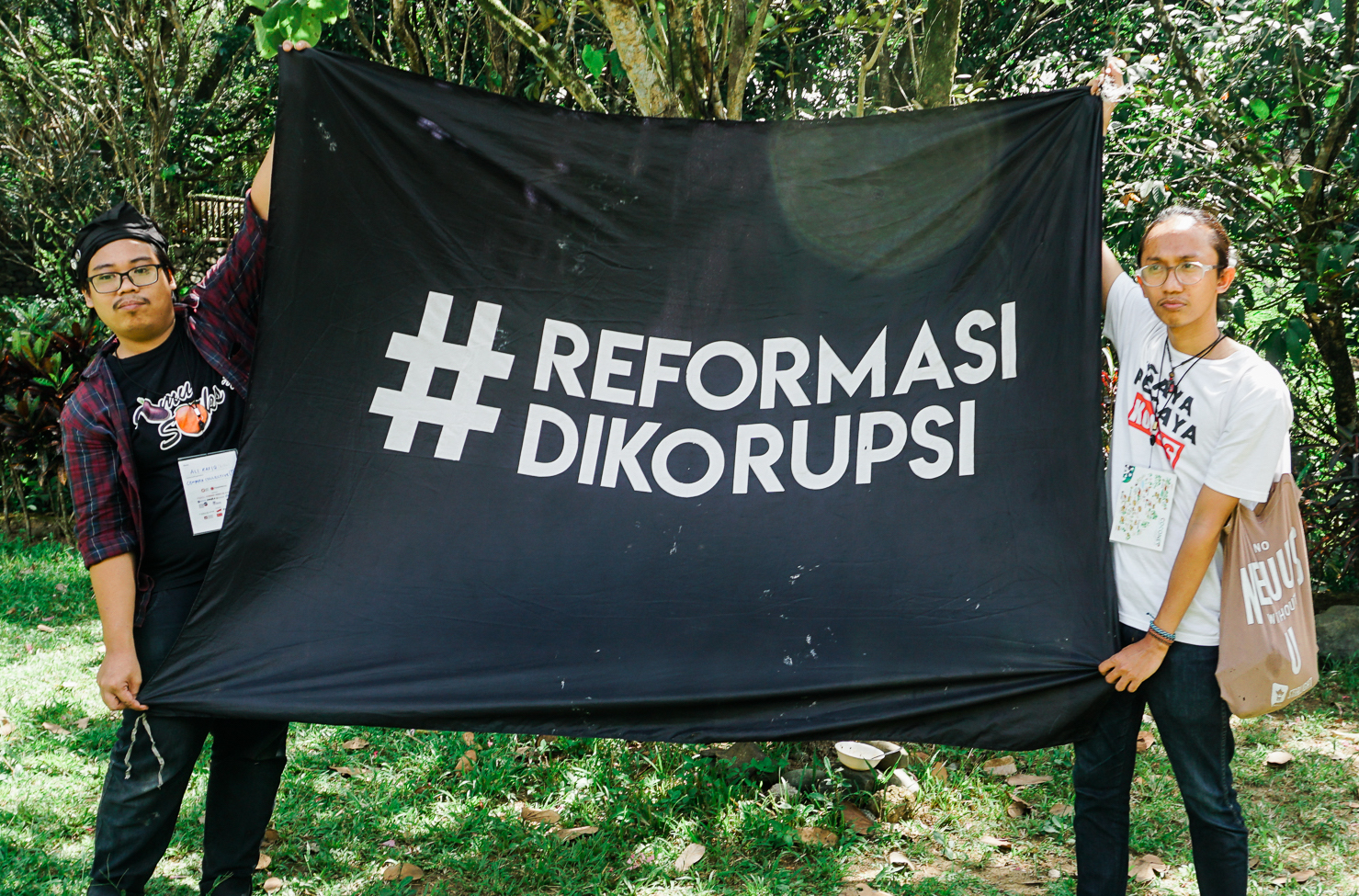 So what works here? For me what makes the movement going is solidarity. That’s what the motivation was for the high school students to come on the streets, to fight with us. They might not know the issues, but they knew they didn’t want to see their fellow Indonesians get beaten up by the police. That’s why they came down to the streets.