To fight COVID-19 in Myanmar, stop the war and internet shutdown in Arakan 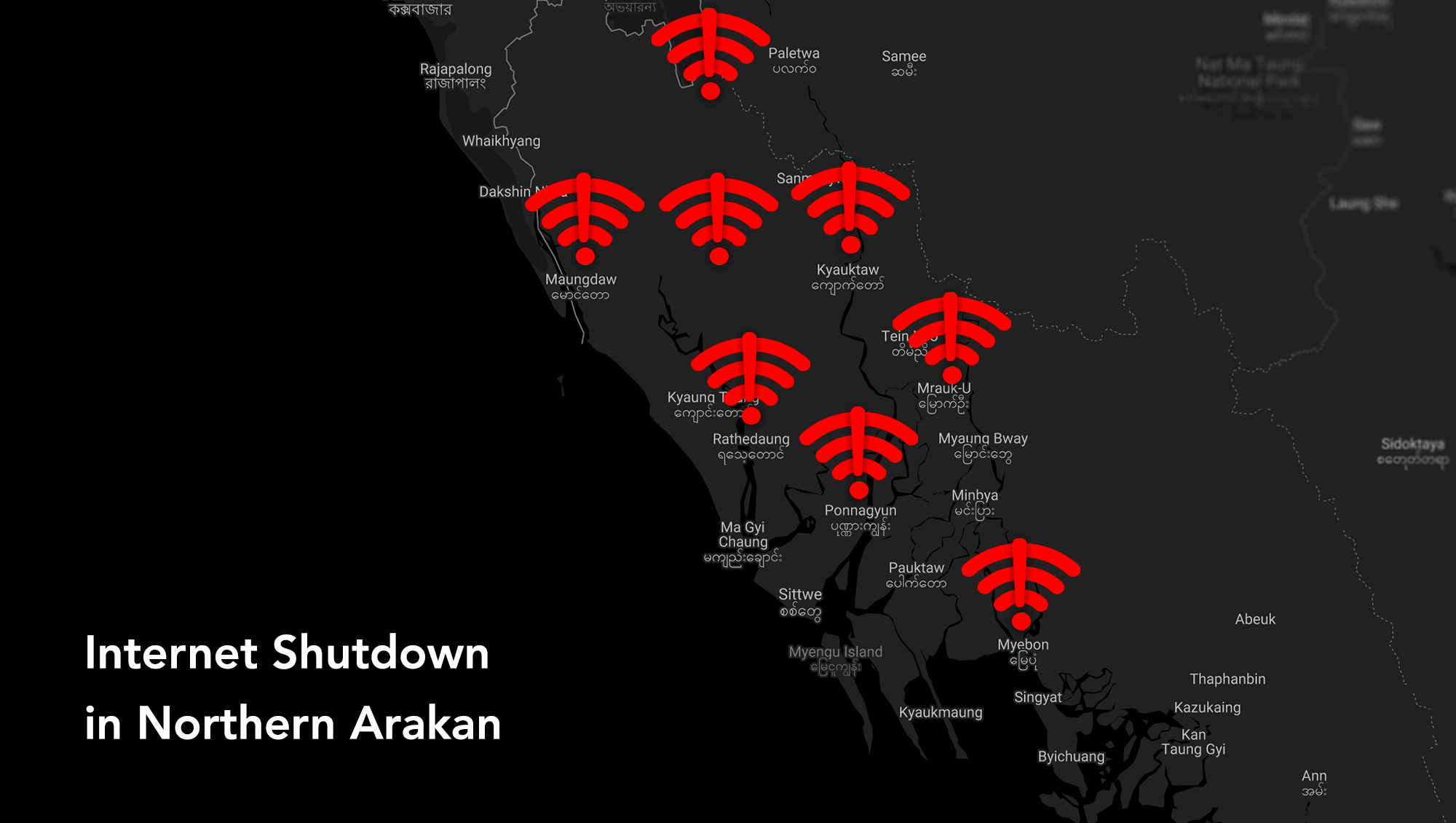 22 Apr To fight COVID-19 in Myanmar, stop the war and internet shutdown in Arakan

The internet is a primary source of information on the global COVID-19 pandemic. But Arakan (formally known as Rakhine State) in western Myanmar is now experiencing the longest internet shutdown in the world. Arakan is the second poorest area in Myanmar, with very weak health infrastructure in place. The internet blockage has also caused a lack of information and knowledge concerning COVID-19.

The first internet shutdown started in June 21, 2019, in four townships in northern Arakan. Another five townships (one in neighboring Chin State) followed in February 3, 2020. This coming April 21, it will be approximately 330 days since the first four areas have been without internet, while it will be nearly 100 days for the latter townships.

The government has given different reasons for the shutdown, such as the stopping of the hate speech, disinformation, and instability due to conflict in the area. None of these are justifiable.

The situation in Rakhine

Although the world is now fighting against COVID-19, over one million people in northern Arakan are still being neglected by the government action plan. As of April 19, Myanmar now has 107 positive cases and five deaths attributed to the coronavirus. The Myanmar government has not announced any case from Arakan. But this number is in danger of ballooning. Arakan is very close to Bangladesh, where there are a reported 2,456 positive cases and 91 deaths as of the same date. But if not addressed, Arakan will remain very prone to local transmissions in the border area.

The internet blockage has caused a lack of information and knowledge concerning COVID-19.

But different from most other parts of the world, the armed conflict is still ongoing in the region between the government’s Myanmar Army and the Arakan Army, despite the latter’s announced unilateral ceasefire until the end of April upon the recommendation of a global ceasefire by the UN Secretary-General. Instead, according to most analysts, the Myanmar Army is trying to take military advantage in Arakan by imposing more offensive military operations and leading to more innocent civilian deaths. Since the beginning of January to April 15 of this year, the Arakan Information Center reports that 377 civilians have died, injured, and disappeared. Most of them are women and children.

The conflict has resulted in about 200,000 internally displaced persons (IDP) in the region are also living in camps without any well-built shelter and well-managed food distribution. The lack of social distancing in the IDP camps, the lack of water availability, and the lack of information on COVID-19 make it impossible to prevent a coronavirus outbreak in the area.

Unfortunately, what makes the people to be more fearful is the military attack on the civilian target rather than COVID-19. It seems the Myanmar government and military are more enthusiastic to fight against the Arakan Army than COVID-19 in the region. But under these three situations – internet shutdown, IDP camps, and ongoing armed conflict – it is unimaginable how the situation could be worse in the future if COVID-19 were to hit Arakan.

During the global pandemic period, we need to stop the war and internet shutdown to fight COVID-19 in Arakan.

I am one of those people speaking out, even if I am currently now hiding from police search. On February 23, 2020, in Yangon, I led the Students’ Unions’ protest and demonstration against the internet shutdown and human rights violations in the conflict-affected areas of Arakan. I could be prisoned for one month with hard labor if I face the trial.

But it is just my case. The more important thing to focus on is to fight against the COVID-19. Over one million people in Arakan are vulnerable to the disease if we do not stop the war and internet shutdown.

Thus, let us say: Stop the war and internet shutdown to fight against the COVID-19 in Arakan. Your participation is our power. Your concentration is our courage. Your word is our want.